Sometimes the thought of a few hours escape to a potential herping spot is enough to raise the spirits, so a late September short trip to Italy was more than welcome. Arriving in Rome late on Friday afternoon, we had just enough time to head down towards Foro Traiano to spot a number of beautifully coloured common wall lizards (Podarcis muralis nigriventris) before evening set in. 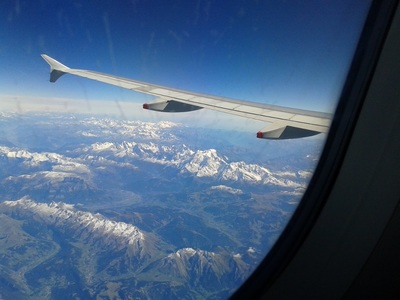 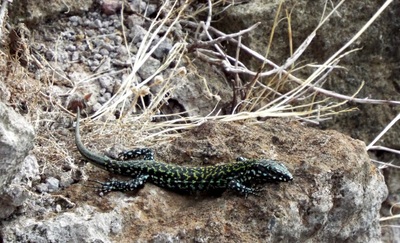 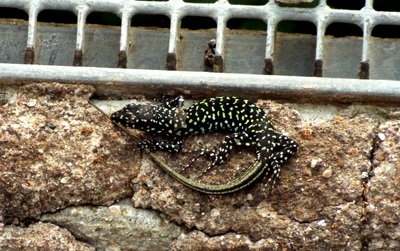 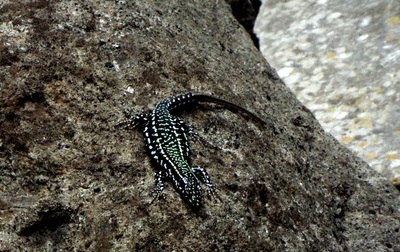 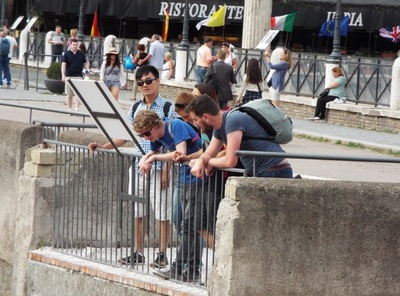 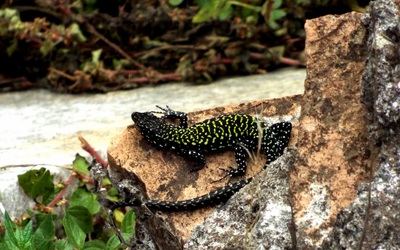 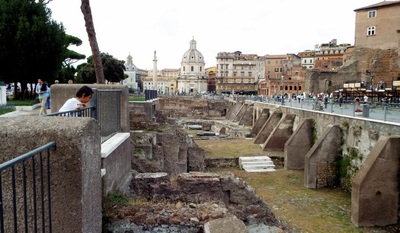 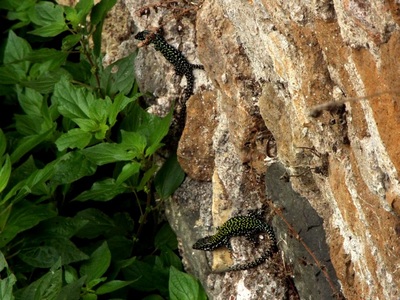 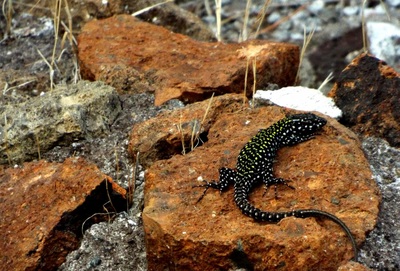 The next morning Paul, Will, Nick and I headed off to a local park to the south of the city with one thing on our mind, a western whip snake (Hierophis viridiflavus), or as they say in Italy, a ‘biacco’. Within a quarter of an hour of exploring the scrubby margins of some arable fields, Paul (Paulo) shouted to say he’d spotted a black and yellow coil of snake in some thick hillside scrub, only for it to shoot to safety leaving a rustling path through the dry vegetation. Five or so minutes later, having moved away then returned to the hiilside, Will managed to spot the biacco heading for a crevice below a rock face. The next few seconds were a bit of a blur but I was soon standing with it in my hands. 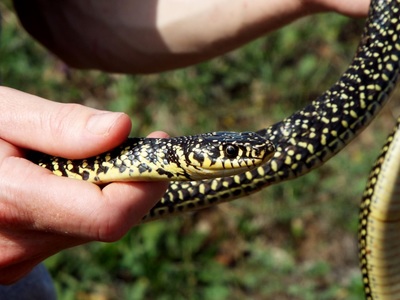 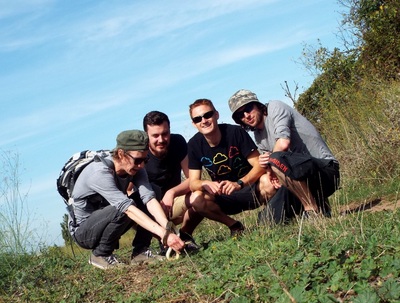 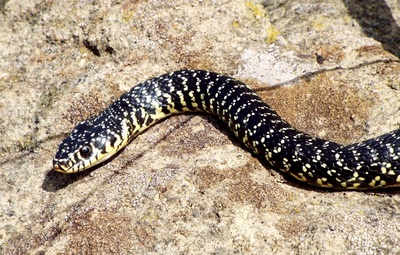 After a few photos (and an inevitable couple of bites) we released it safely back onto the hillside where it could continue to rule its patch of urban fringe.
Continuing around the park we encountered numerous more P. muralis nigriventris and an equal amount of Italian wall lizards (Podarcis sicula), plus another brief glimpse as a dark snake tail shot rapidly into thick vegetation. The afternoon provided a few western green lizards (Lacerta bilineata) and the acceptance that we’d not brought enough water or sun lotion. 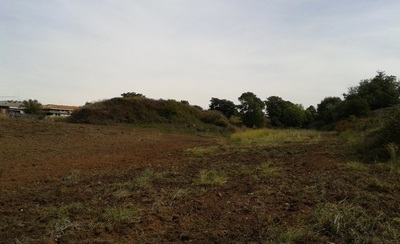 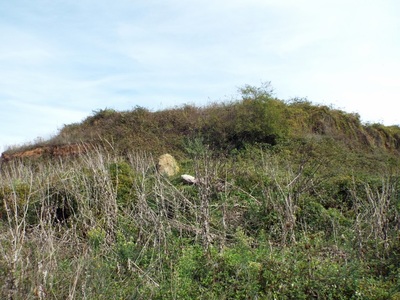 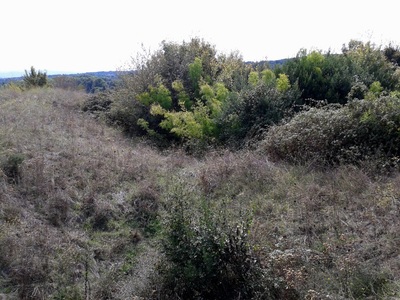 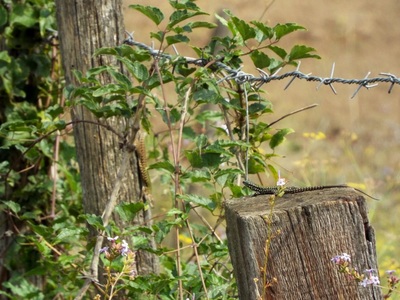 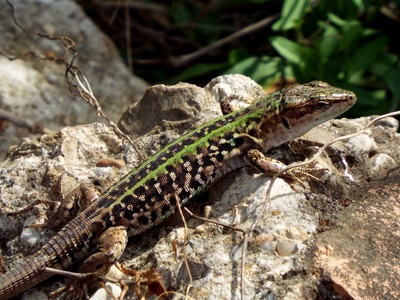 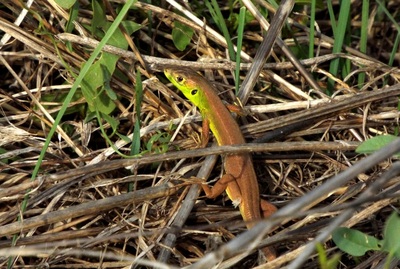 The following morning heralded our departure back to the UK, but not before a morning walk to the Foro Romano for yet more wall lizards and a few Moorish geckos (Tarentola mauritanica). It’s amazing how many people pass these delightful creatures without even noticing them dotted about amongst the ruins, pointing their cameras at everything but the true beauty of the Eternal City. 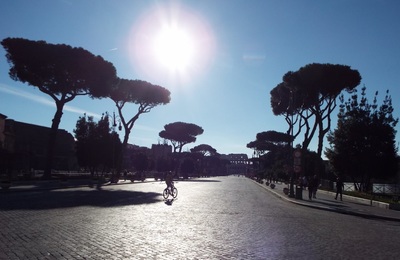 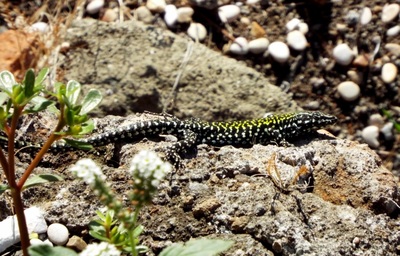 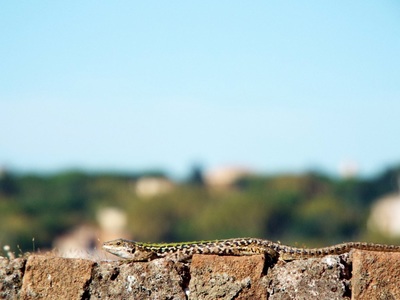 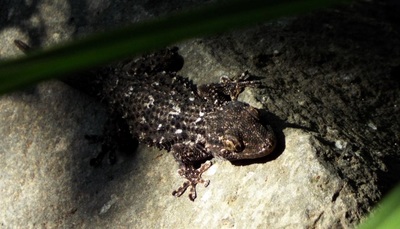 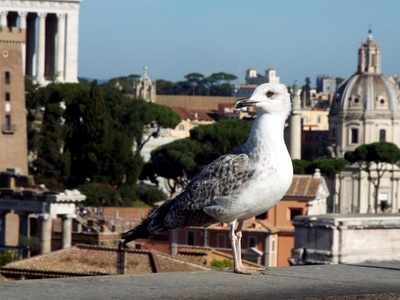 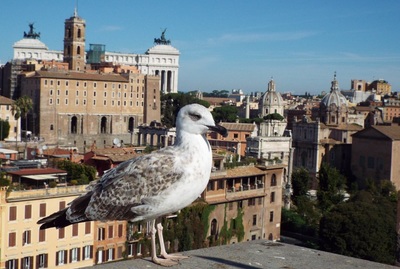 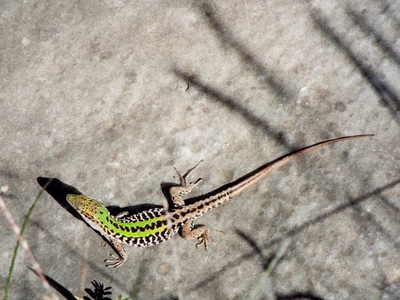 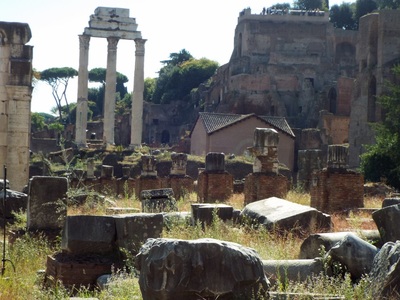 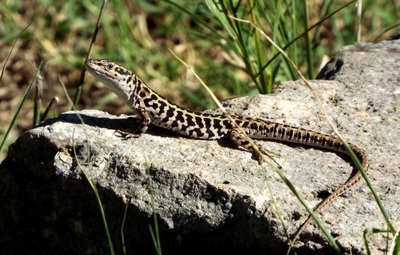