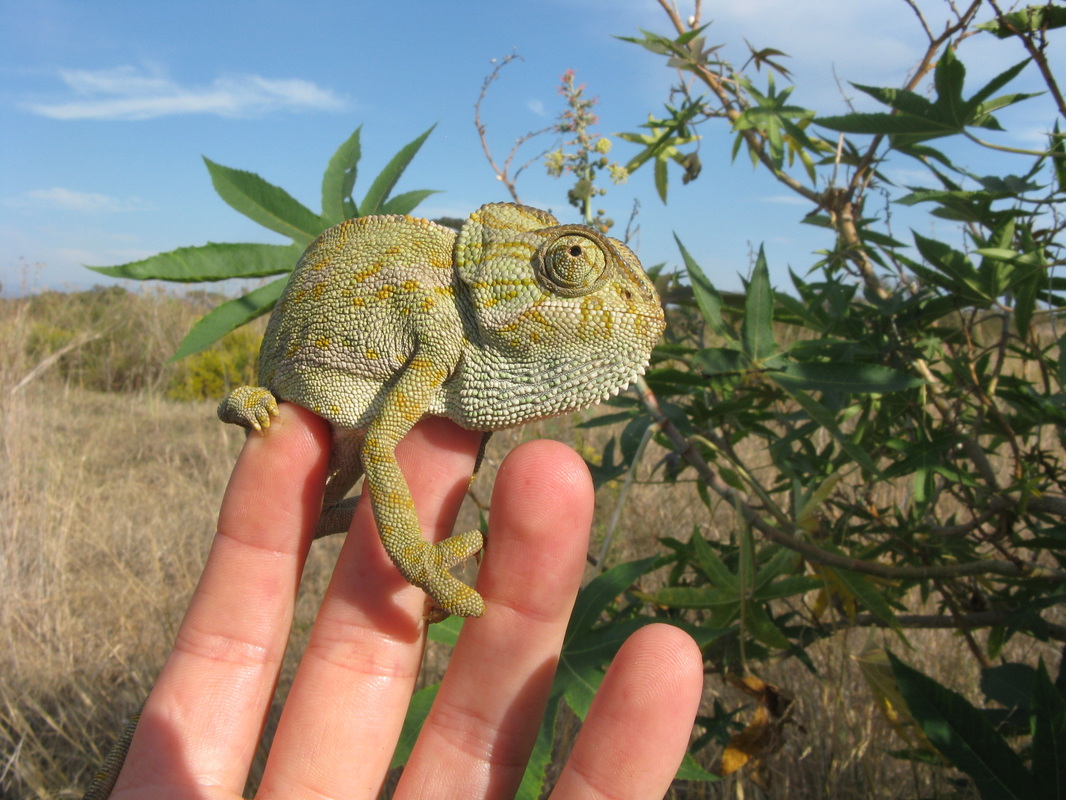 Nothing like starting a report with a fine chameleon...

This was my first 'official' herp trip, initially financed by Paul (which meant I owed him at least one snake!).

We spent 4 nights in southern Spain - It was much hotter than I was expecting during the week, making for some tricky conditions (and some super-charged herps).
We spent the first day around the Guadalhorce - finding some impressive Malpolon skins but sadly only a few tails disappearing into the rocks.

The following day we hit the road to Sorbas, a place I'd visited on a geography field trip a few years ago. Despite a few more houses and olive groves, the place was still interesting to wander around both day and night. We were able to add a viperine snake, some spanish terrapins and a number of Perez's frogs to our species list here.

It was then off west towards Granada, stopping at a few national parks before having an evening walk around Montes de Malaga where we flipped a bedriaga's skink in the fading light.

We finished the trip with a final day back around Guadalhorce. With only minutes before the rental car was due back and with the sun already set, I caught a beautiful juvenile horseshoe whip snake (Hemorrhois hippocrepis), the best note we could have ended the trip on!
With thanks to Ray for his Malaga advice!