Leaving Bristol in the early hours of Saturday morning, we aimed to be out of Bergerac and herping by mid-morning - with our main target being the western whip snake (Hierophis viridiflavus).
We gradually headed north, stopping to flip various items on roadsides and exploring areas of scrub, woodland and grassland. However, other than wall lizards, the herps were not really showing themselves.
Grassy areas in central France are pretty nice for butterflies, and as we admired one or two a mystery snake suddenly shot off through the long grass - possibly the whip snake we wanted - that'll teach us to watch butterflies! 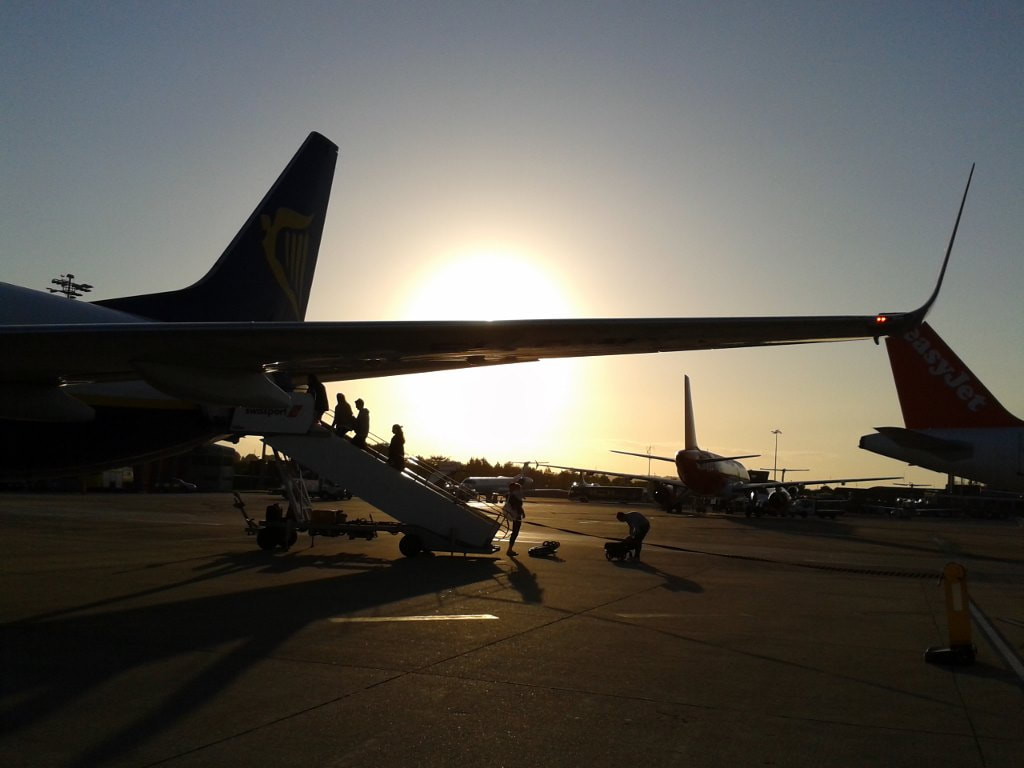 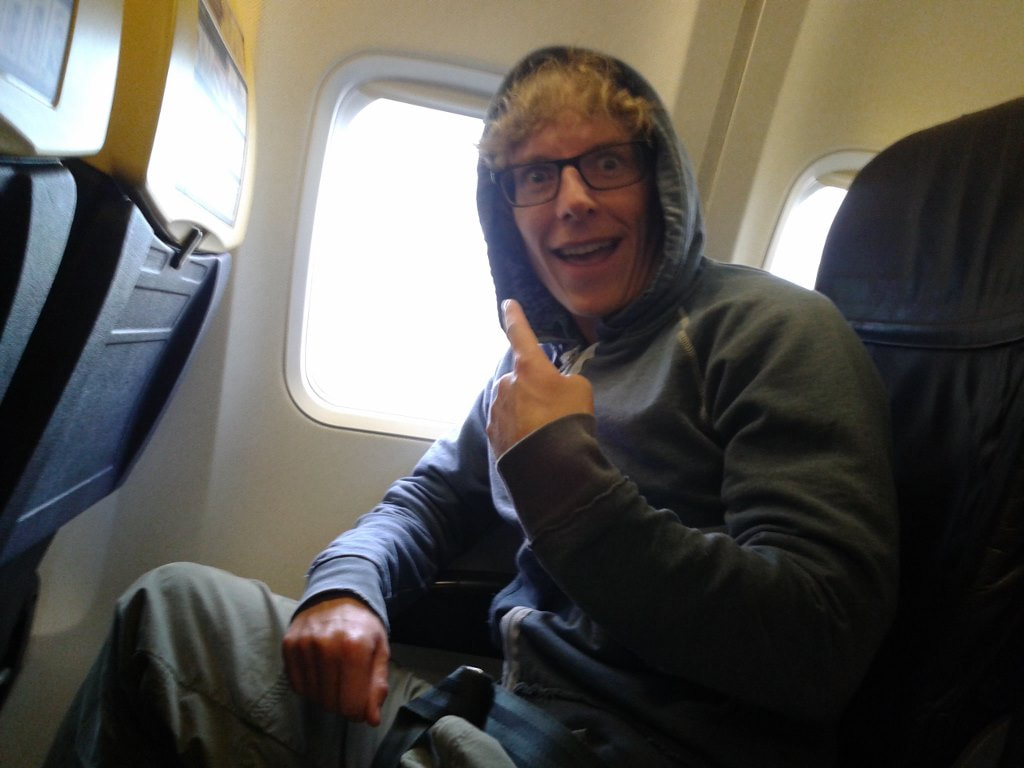 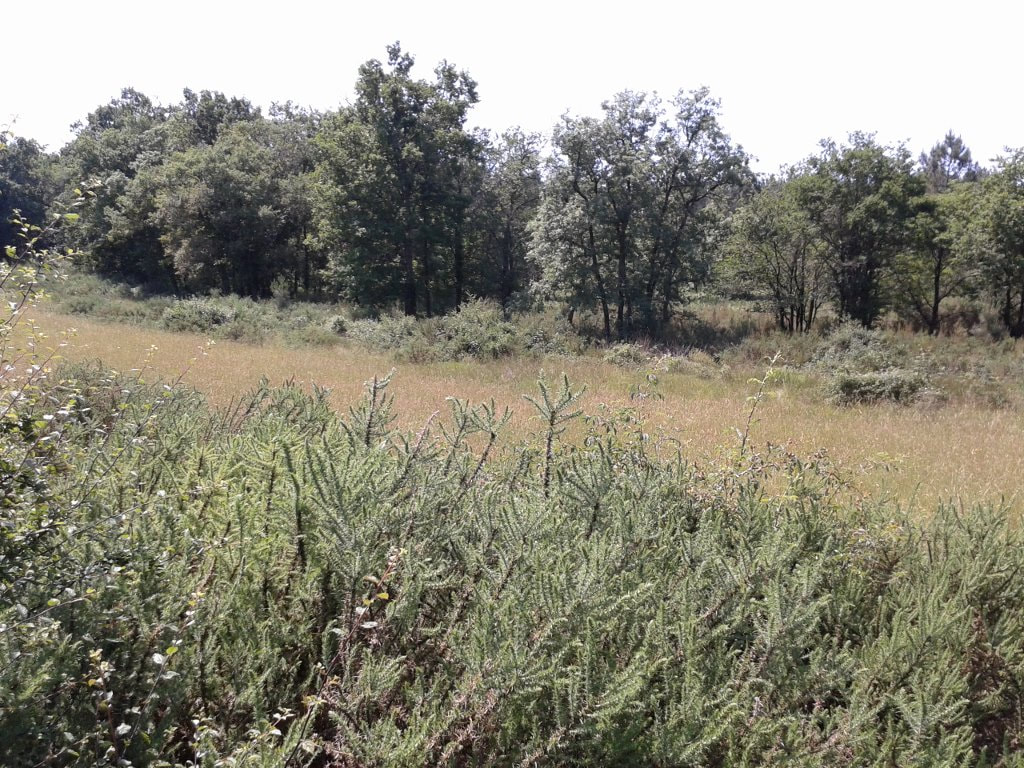 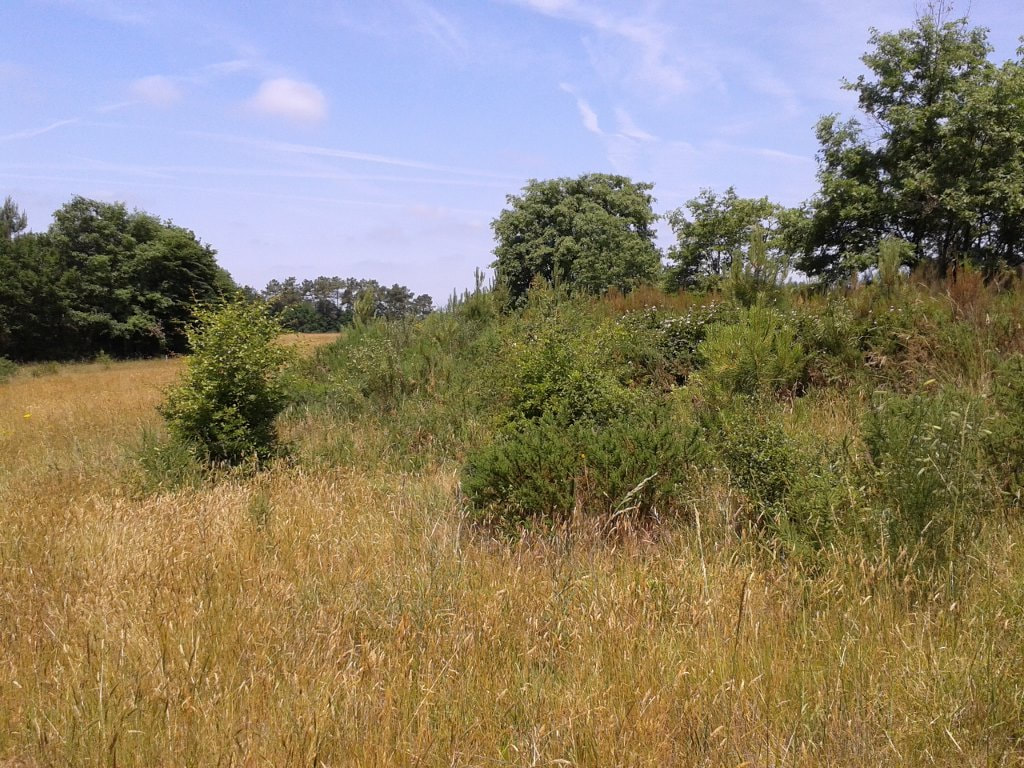 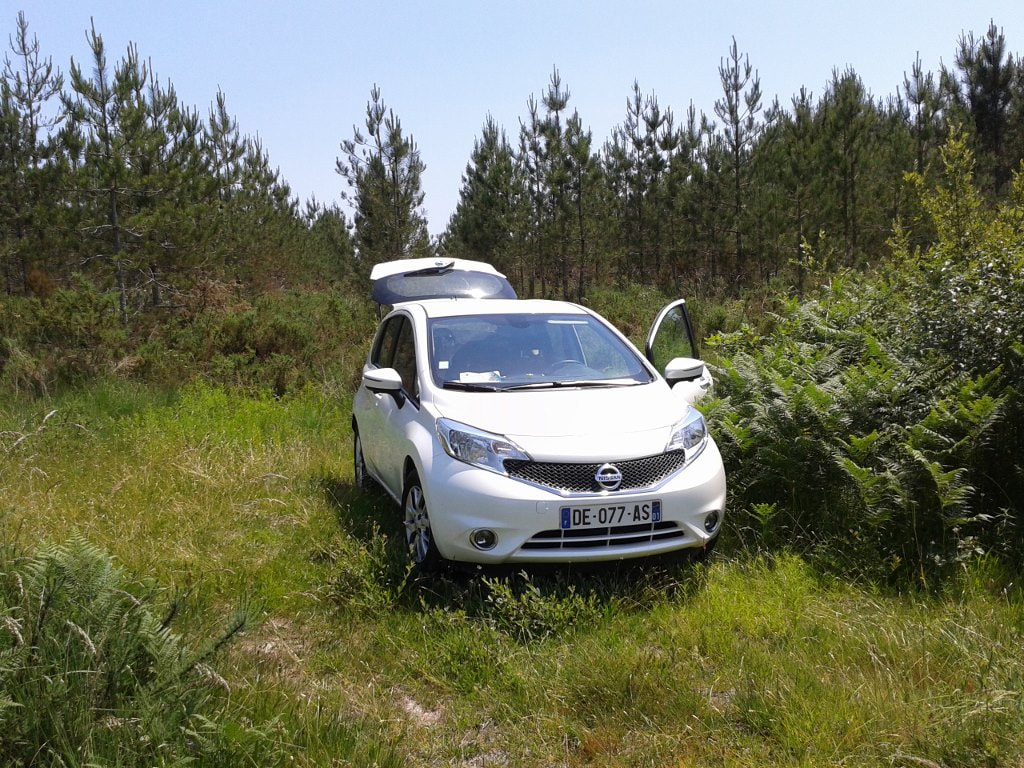 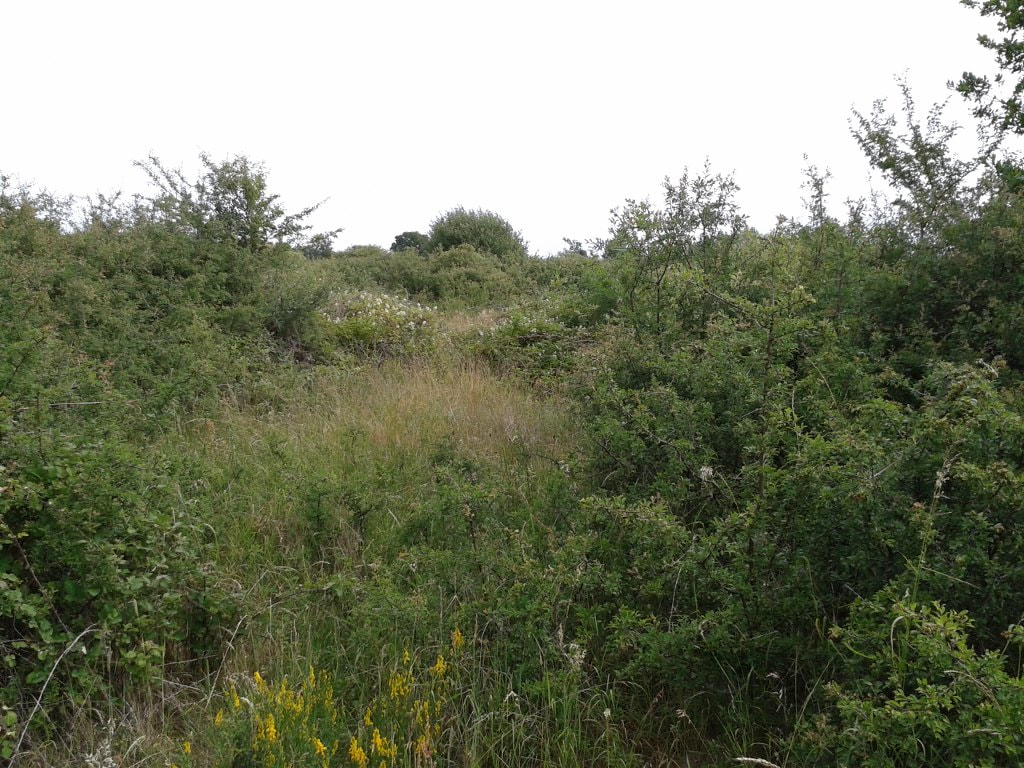 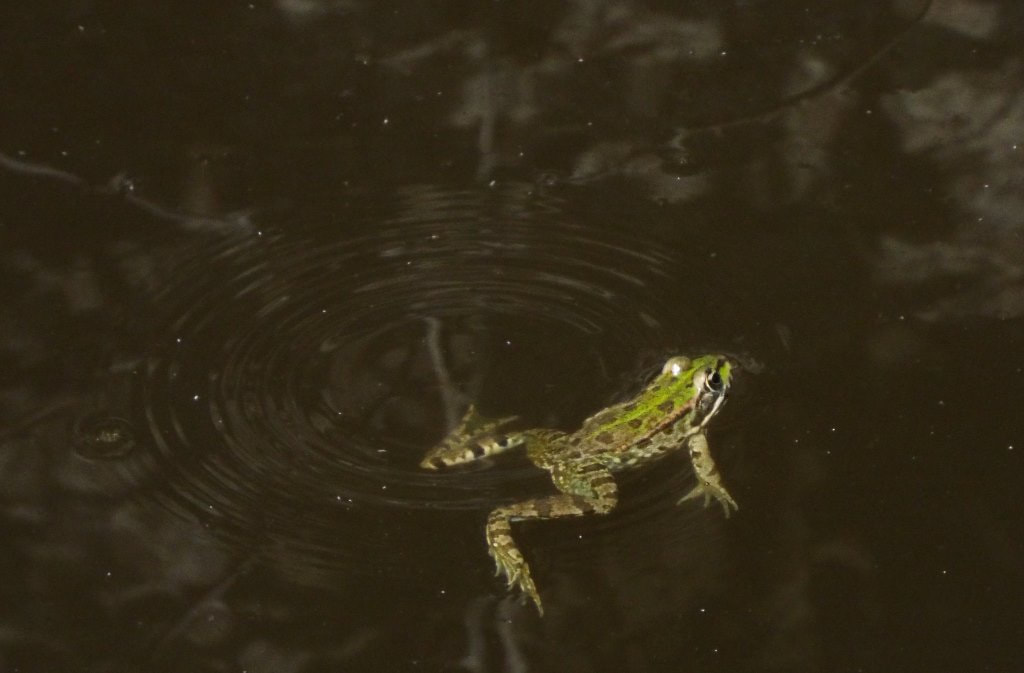 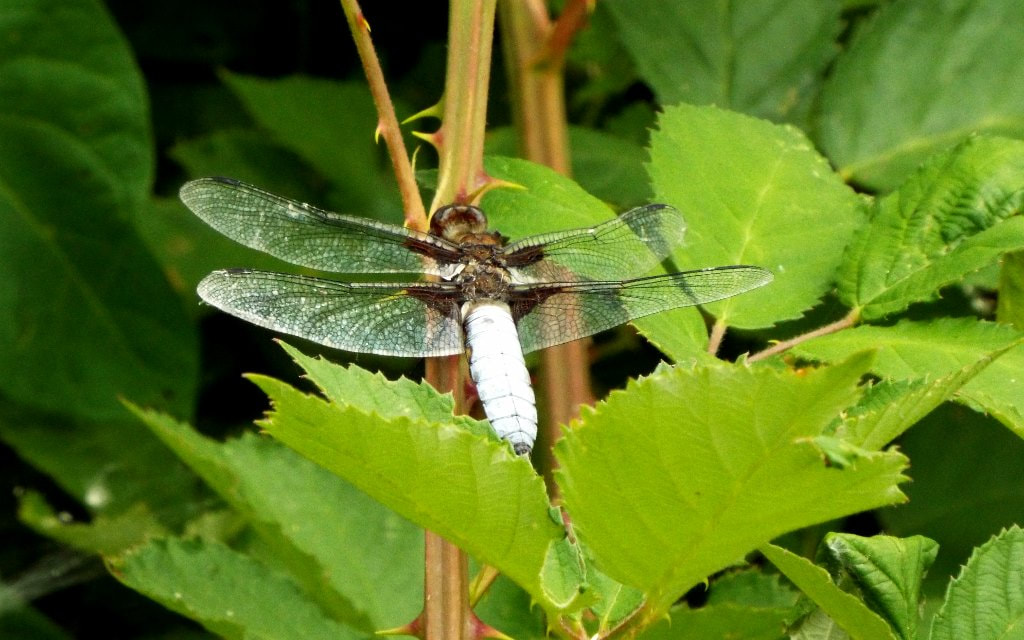 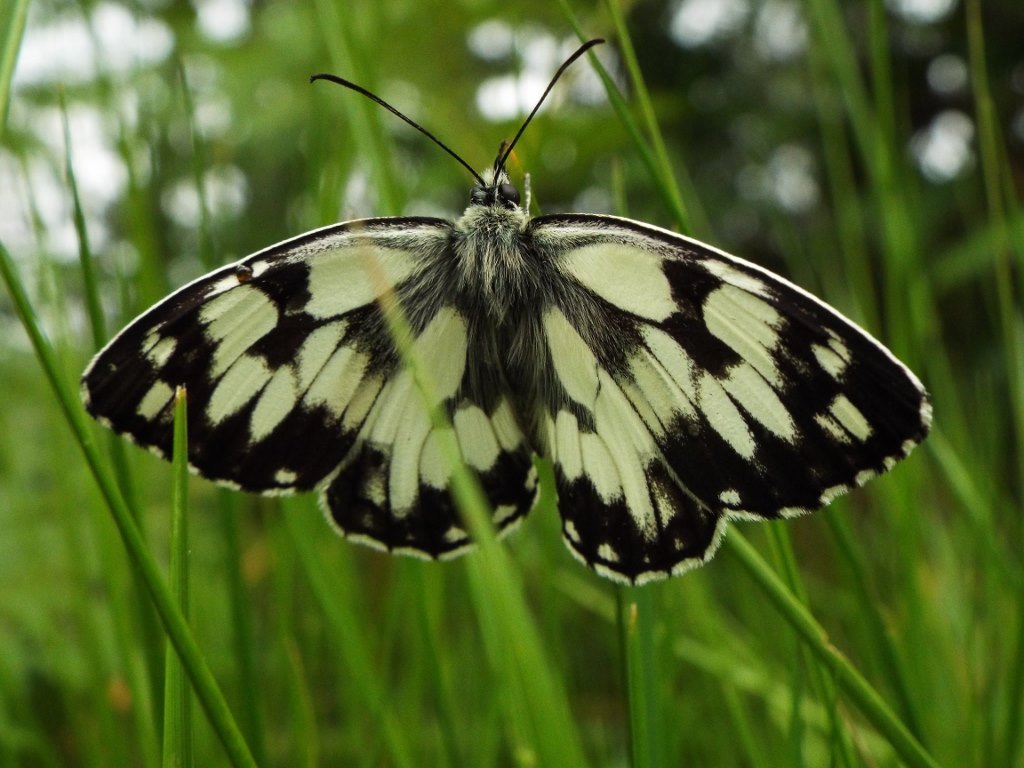 marbled white (Melanargia galathea)
Eventually our first snake catch of the weekend came in the form of a viperine (Natrix maura). This was spotted hunting  in the shallows of a large lake. Glad to be off the mark, we unfortunately only managed to find a few frogs to add to the herp list for the day.
As daylight faded we made the trip up to the edge of La Brenne, ready for a full Sunday of searching. 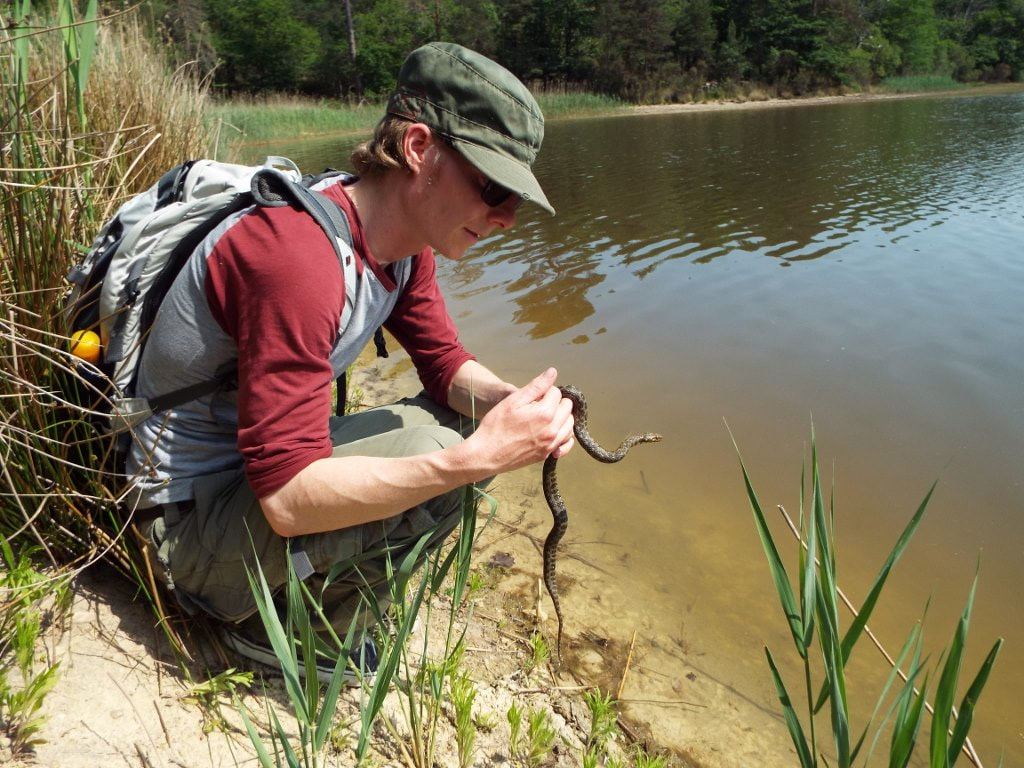 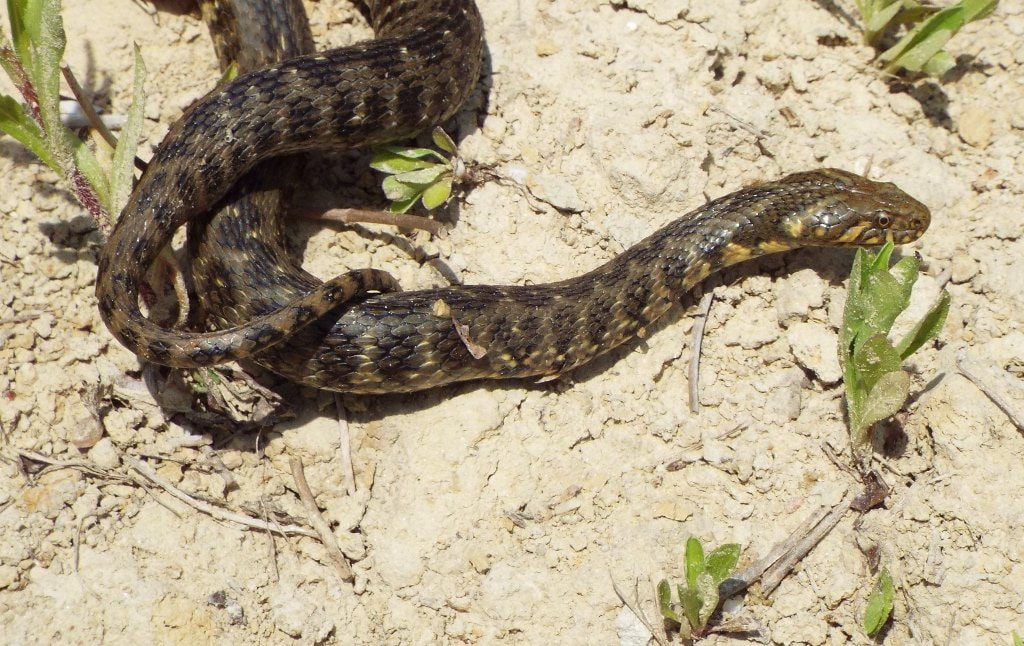 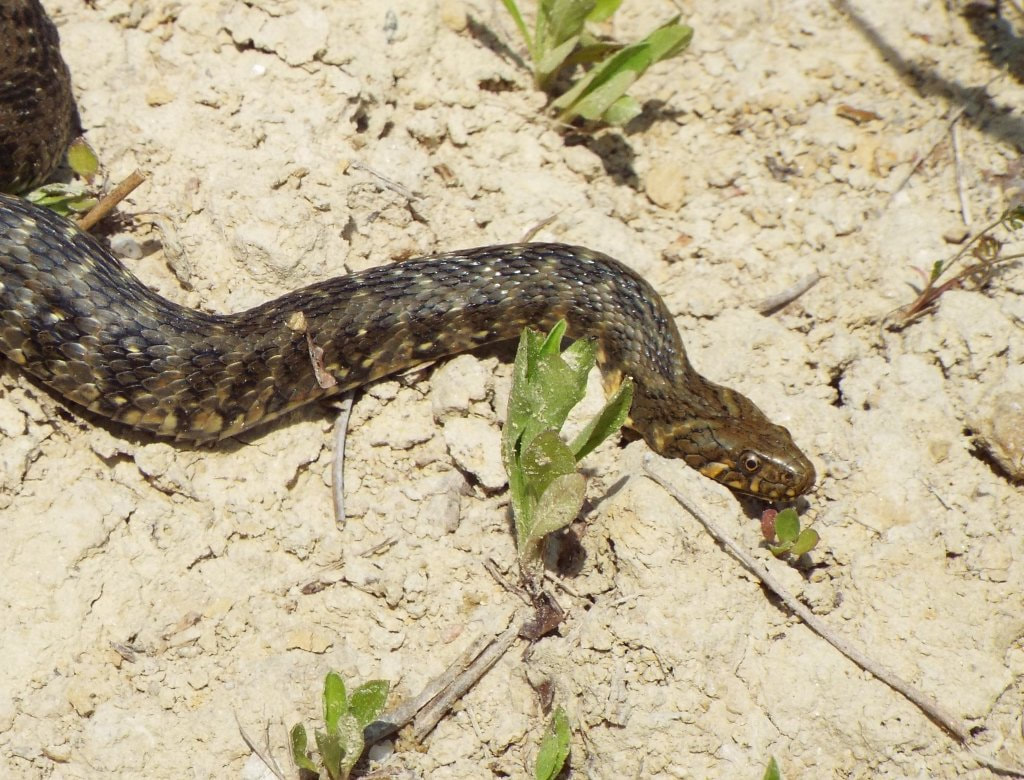 An early start and off to find some spots previously 'google-earthed', we soon found two adult asp vipers (Vipera aspis) in an area of scrubland. As midday approached, we realised our supply of supermarket 'treats' was not going to last forever - and we were less than pleased to find that on Sunday, much like every other day in France, everything is closed. A life in retail must feel like a life on holiday.
Making our brioche-flavoured croissants, kinder buenos and doughnut peaches last for a few more hours, we pressed on to check out the edges of some villages and soon found a young asp, a delightful grass snake (Natrix natrix) and another mystery woosh of a snake as it rippled the grass en route to a pile of rocks. 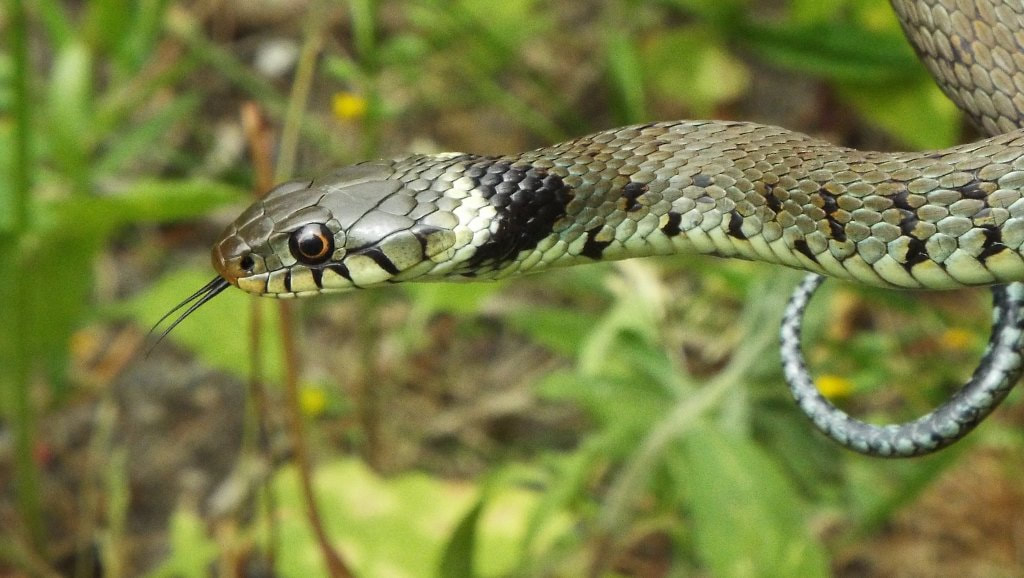 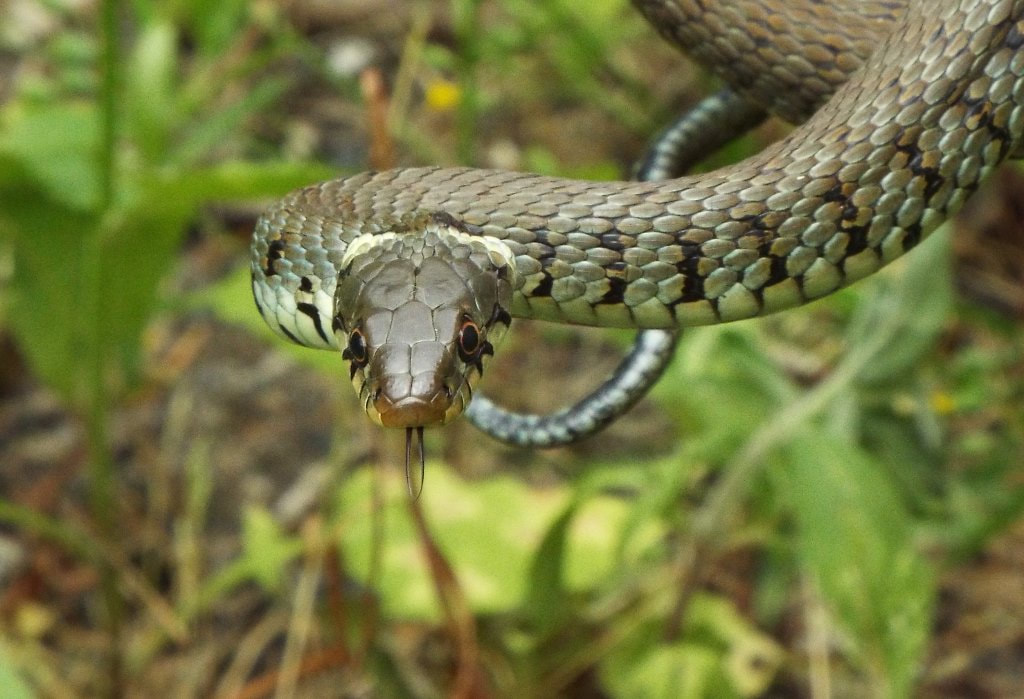 Try as we might, the 'common' western whip snake remained hidden from us for a second day. To make matters worse, we spotted a freshly killed one on a road during our searches. I removed it from the road to a more dignified resting place. 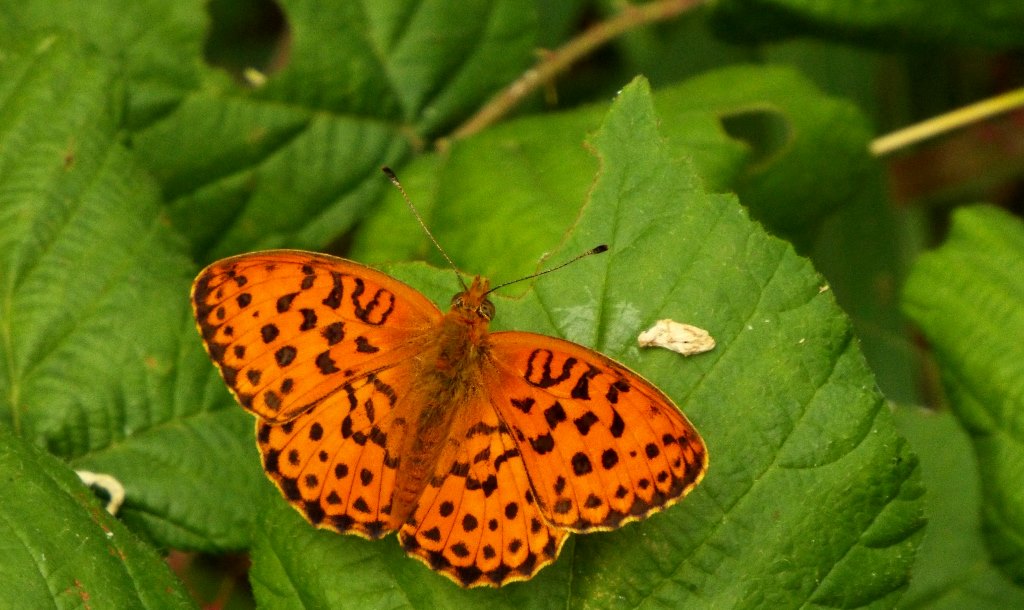 Hunger and darkness soon consumed us, and we were forced to return to the B&B for a couple of slices of toast and a coffee or two in the garden as bats foraged around the trees and a nightingale piped out some distant tunes. A relaxing way to end the day, but unfortunately we would be back in the UK by morning... 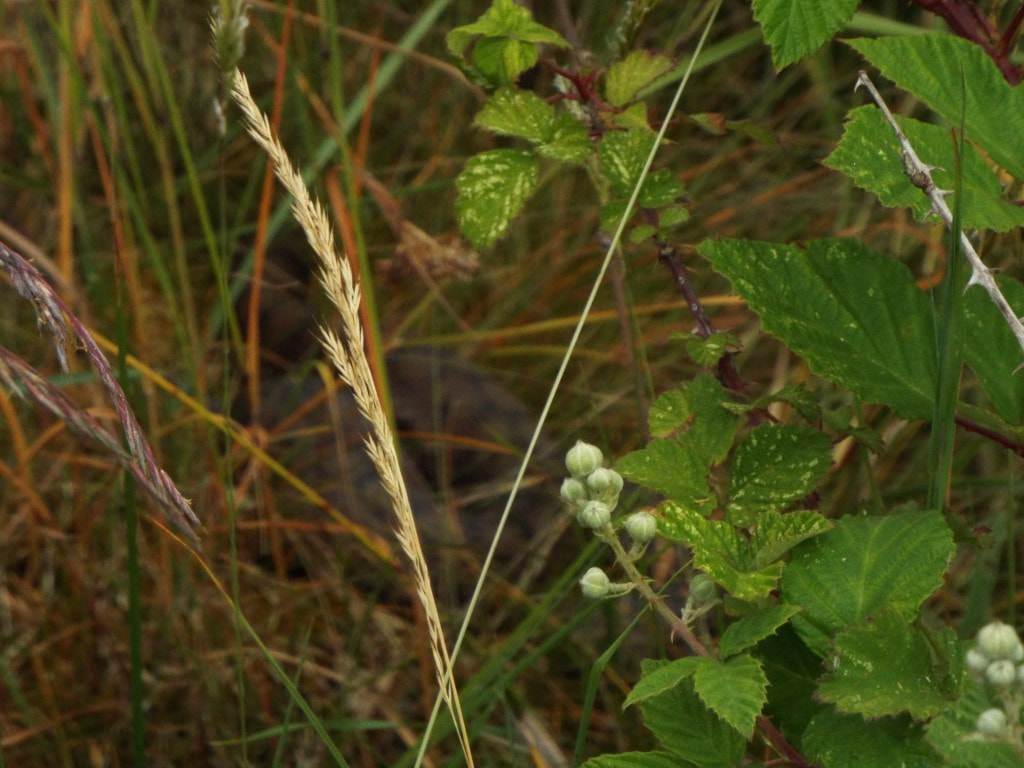 There's an asp in there somewhere. Classic in-situ.
To conclude - an enjoyable last-minute weekend which has left some unfinished business!
With thanks to Kevin and Matthieu for your advice!