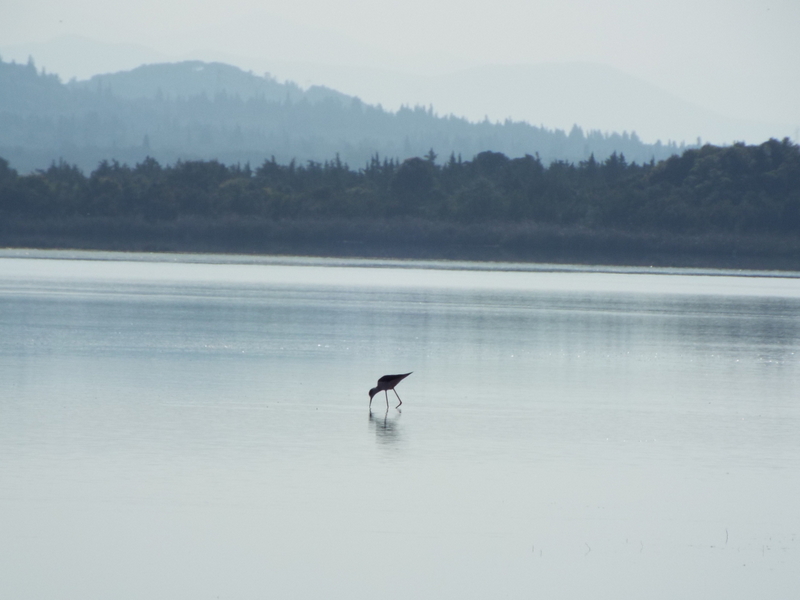 This was my second 'official' European herping trip, once again with my brother Paul. I've not had much time to prepare a report as such, so this will pretty much be a few photos and some basic info.

During the week-long trip, we mainly had sunshine and decent daytime temperatures, although some cold winds and high vegetation did create some tricky spotting conditions.

We spent our first day around Lake Korission where we had our first (and only) run in with V.ammodytes – two sightings but unfortunately both escaped into thick cover before we could get close. This location also provided many Pseudopus apodus – one of which ‘escaped’ by fleeing in a big noisy circle and ending up pretty much where it started from. 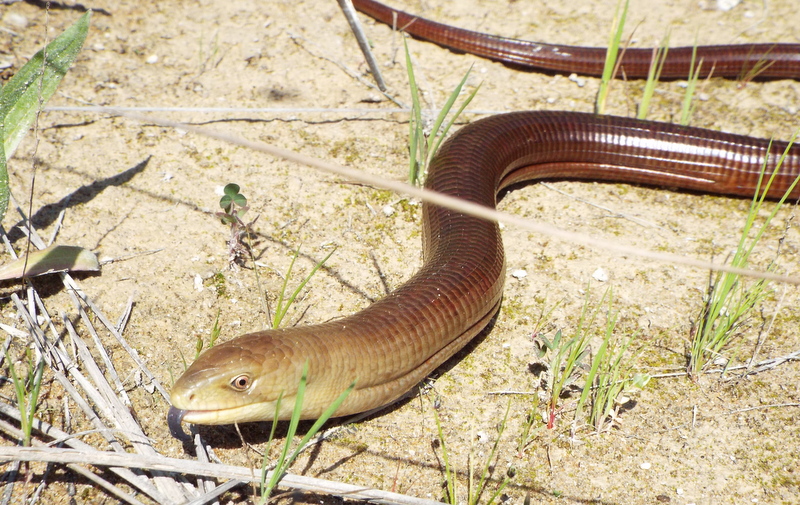 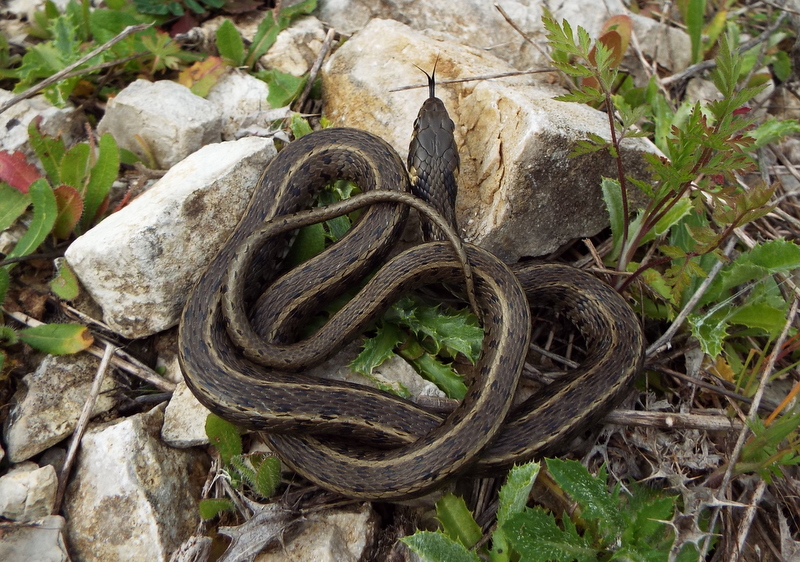 N.natrix persa
We then moved on to the Ropa Valley where we quickly reached double figures of N.natrix persa sightings and had our first view of a Malpolon spying at us from a distance – it was probably half a mile away by the time we’d jumped out of the car.

A couple of sites around this area also yielded our first P.najadum, many slow worms and the snake I most wanted to find – a delightful Zamenis situla. 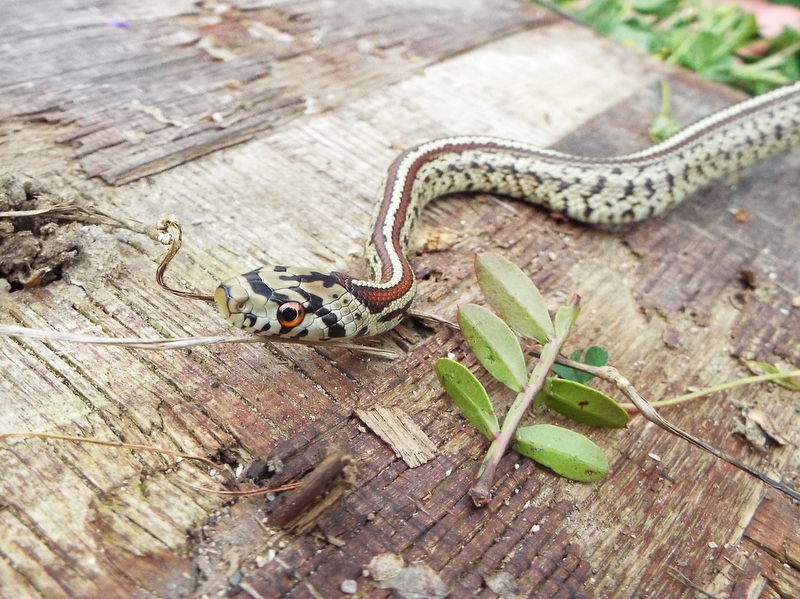 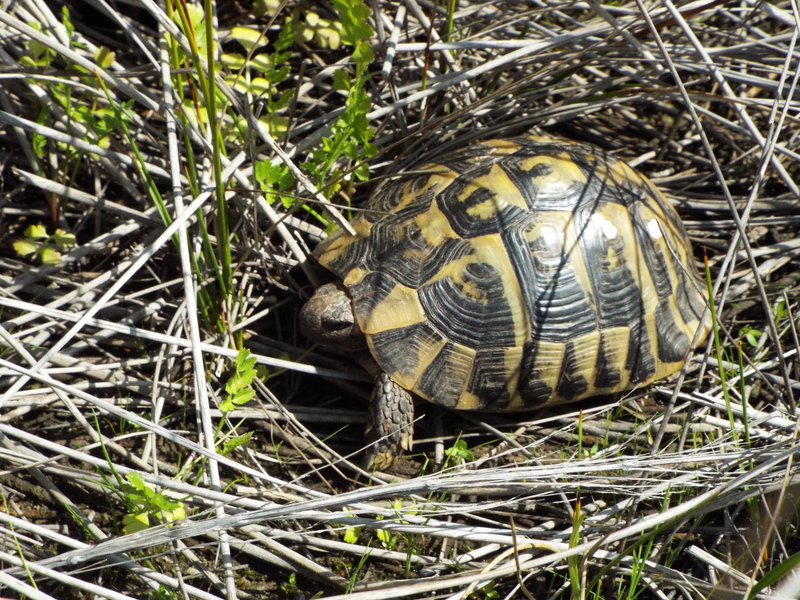 Heading further north into the highlands around Pantokrator we found some good roads, more lizards but unfortunately no snakes.

It was very cold and windy up here, so we headed down into an abandoned village which was full of green lizards, but again the vegetation cover made spotting things quite tricky.

However, the day picked up as we reached a lagoon in the north of the island – finding a nice E.quatuorlineata just about to gain adult colouration. We also managed to get another smaller P.najadum by flipping what looked like old asbestos walls…guess we’ll pay for that with our health later! 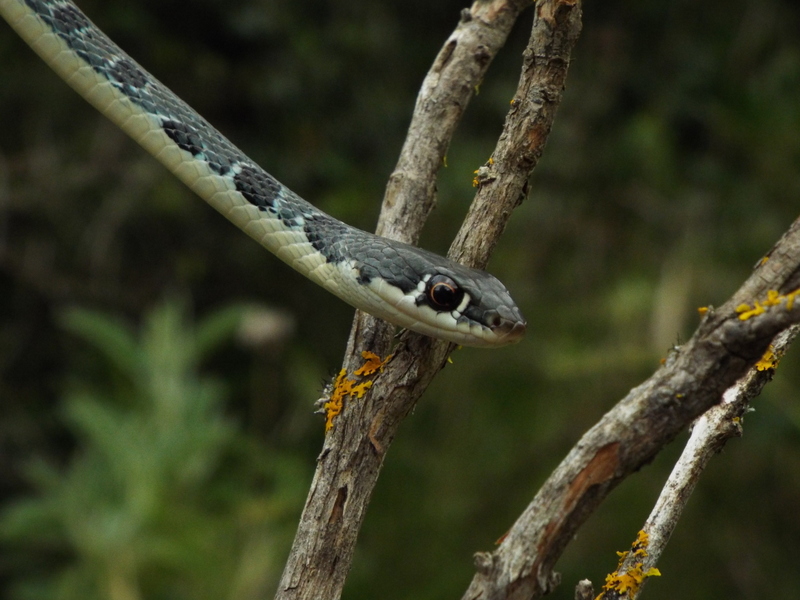 P.najadum
The next morning was rather wet and stalled our progress a little – but it did allow for some more flipping time down at the ol’ asbestos heap – revealing yet another much larger P.najadum. When the weather cleared we headed to another (slightly less) abandoned village where we found a beautiful H.gemonensis basking on a stone wall. Just a few metres away was yet another P.najadum.

With only a few days left and still a number of species remaining, we began to retrace our steps to sites that seemed promising from the first few days. En route we found some nice terrapins and more N.natrix persa before finally landing some N.tessellata back in Ropa.

The penultimate day began with a flat car battery and a delayed drive back to Korission. It was worth the wait, with our second E.quatuorlineata of the trip being our first snake of the day. We also observed P.apodus ‘grazing’ on leaves and flowers – another comical addition to this guy’s repertoire.

Our final snake of the day came in the form of M. monspessulanus insignitus as it tried to evade us up a tree. Another lifer snake, and such a good-looking one at that.

Our final day was a bit of a dash around the island – spotting some escaping snakes but ultimately ending on a high with two pretty impressive Saturnia moths – a pair for the Lepidoptera fans out there.

Overall - a great week in a cool place. 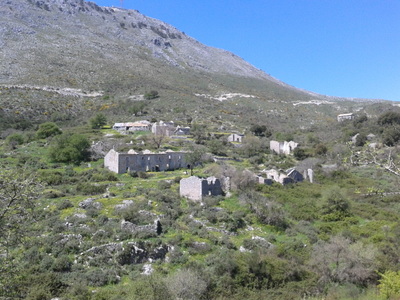 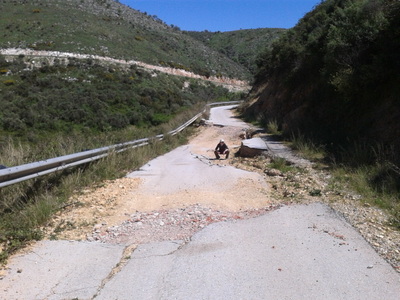 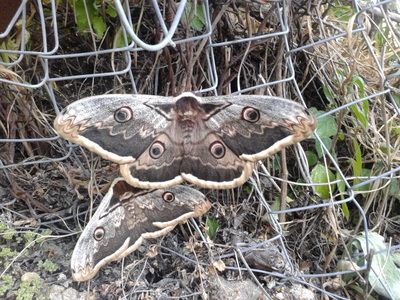 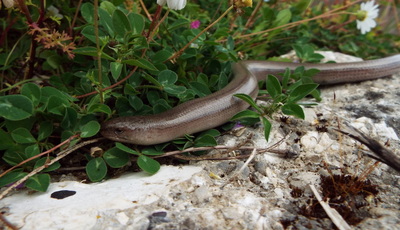 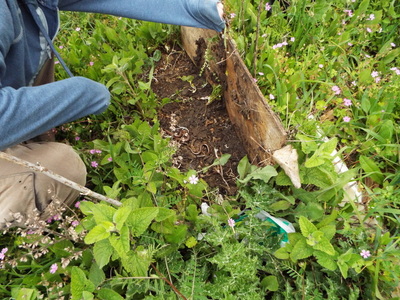 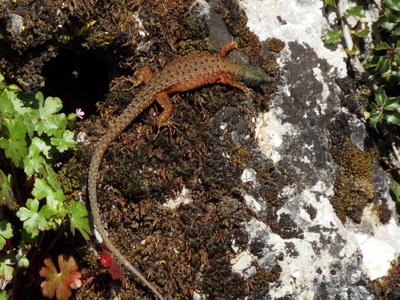 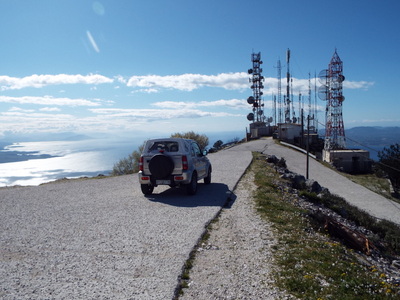 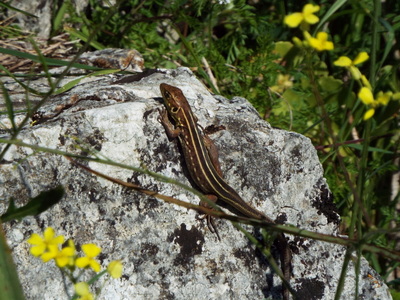 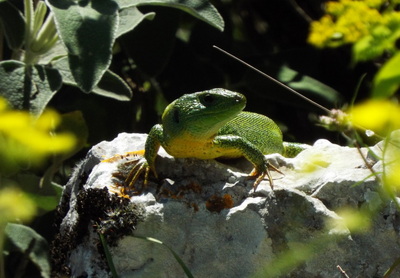 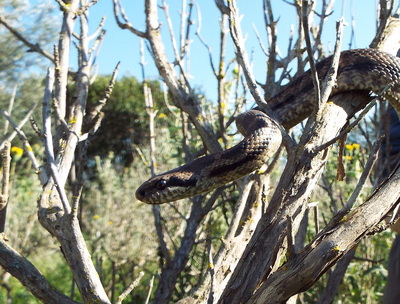 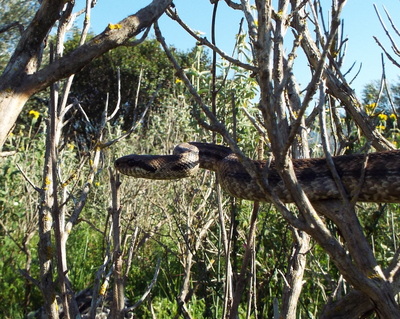 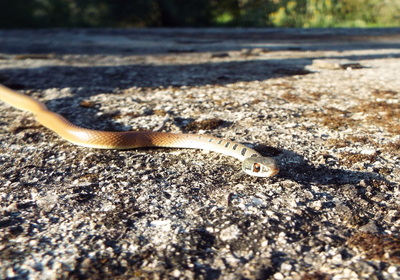 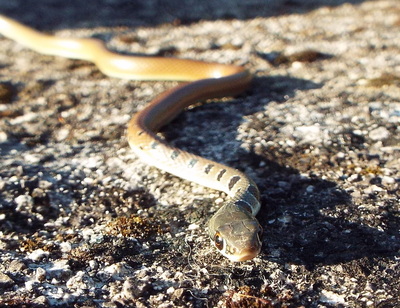 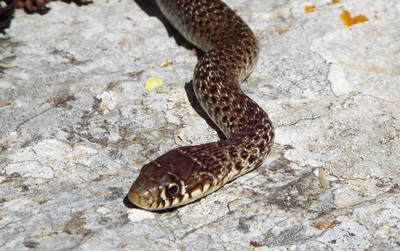 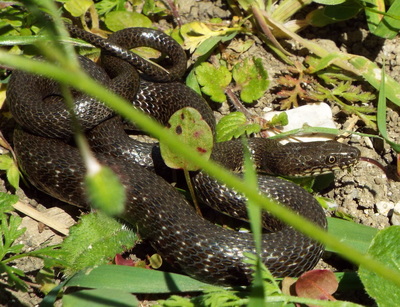 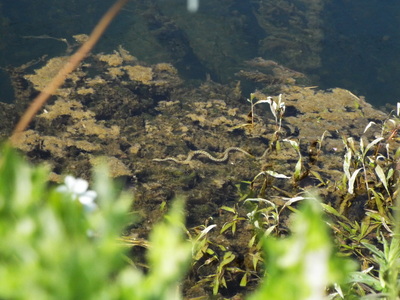 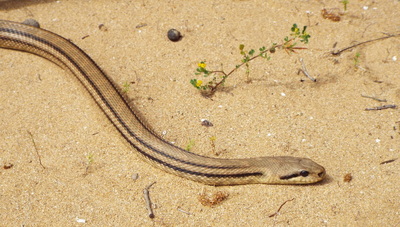 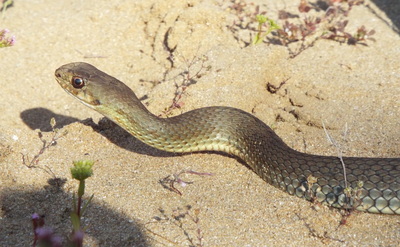